Thoughts on Yuki Kajiura and Kalafina!

Although this blog was intended to be about shoujo (for the most part), I have too many diverse interests to confine my ramblings to only one topic!

Music has always been a huge part of my life, and one of the composers I admire the most is Yuki Kajiura. 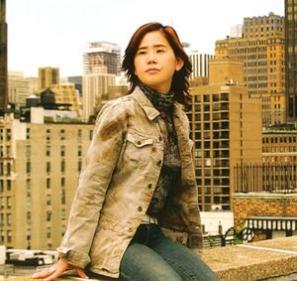 Ever since .hack//SIGN, I have been in love with Kajiura-san’s music, especially the work she has done in the rest of the .hack series, Tsubasa Chronicle and Noir. Through .hack and Tsubasa, I eventually became more interested in See-Saw and FictionJunction, along with Chiaki Ishikawa, even after she started doing her own work.

But after listening to Anna ni Issho Datta no ni and Fake Wings to death, I kind of fell out with Kajiura-san’s work. Yes, I still loved it, but I had other things distracting me (like High and MIghty Color and Yousei Teikoku). I still looked back fondly at Kajiura-san’s work and how it affected me in my early days, but I wasn’t listening to it actively anymore.On top of that,, Kajiura-san had apparently stopped composing for anime for an extended period of time. This was back when I still watched anime a lot more heavily, so this was a pretty big deal.

However, my inactivity changed with this release: 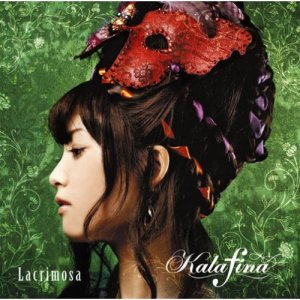 Lacrimosa was the second ending theme in the anime Kuroshitsuji (which is awesome). The moment I heard the intro, I thought that something about it was familiar. The chanting that Kajiura-san uses in her songs is very distinct – it’s often known as “Kajiuran” and is a common device in her work. It just took me a little while to notice this since it had been so long!

Upon listening to Lacrimosa, I was blown away. I realized that there had been a very good reason for focusing on this new group, rather than scoring for anime. Then I started to listen to Kalafina from the very beginning.

After realizing that Kalafina was indeed awesome, I started tracking down their other singles along with Seventh Heaven, their first album. When I had finished listening to Seventh Heaven TO DEATH (quite literally, I pretty much memorized Aria and Kizuato), Red Moon was released. 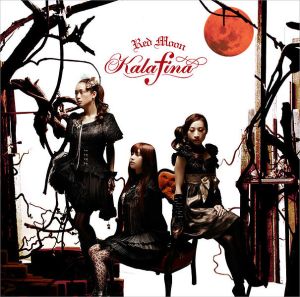 And then I listened to Red Moon to death as well, LOLZ. My favourite song off of Red Moon is most definitely Haru wa Kogane no Yume no Naka (which strongly reminded me of Kimi ga Hikari ni Kaete Yuku…) Haru is everything I love about Kajiura-san’s style. While she can do complex compositions incredibly well, it’s the simpler stuff that really shines for me. And those strings!

After, when their newest album, After Eden was finally announced, I was over the moon with happiness. At the time, I simply couldn’t imagine how Kalafina could outdo Red Moon, which I thought of as near perfection. Red Moon had taken Seventh Heaven, which was already an amazing album, and one-upped it. I really didn’t know what to expect for After Eden. 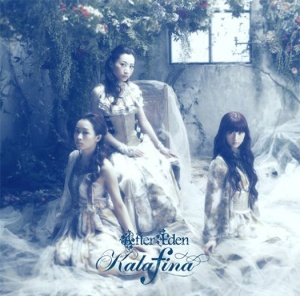 Cover for After Eden.

Since the prior single to the release of After Eden was Magia, I was initially expecting a darker sound for the album, but once I saw the cover art, it really threw me for a loop. So when I finally tracked the album down on Youtube, I was pleasantly surprised. The songs have this really…fresh sort of sound to them, especially Eden and Symphonia.

I think the greatest achievement on this album is definitely Sandpiper.

The intro for Sandpiper is absolutely amazing. What really struck me about the song was the meter, which is really interesting to get into while the intro is playing. And the instrumental bits are GORGEOUS.

Kalafina has made it into the top 10 on the Oricon a number of times. While they haven’t made it to the top spot (yet), they came pretty darned close with After Eden, which has so far peaked at #3. So there’s definitely hope!